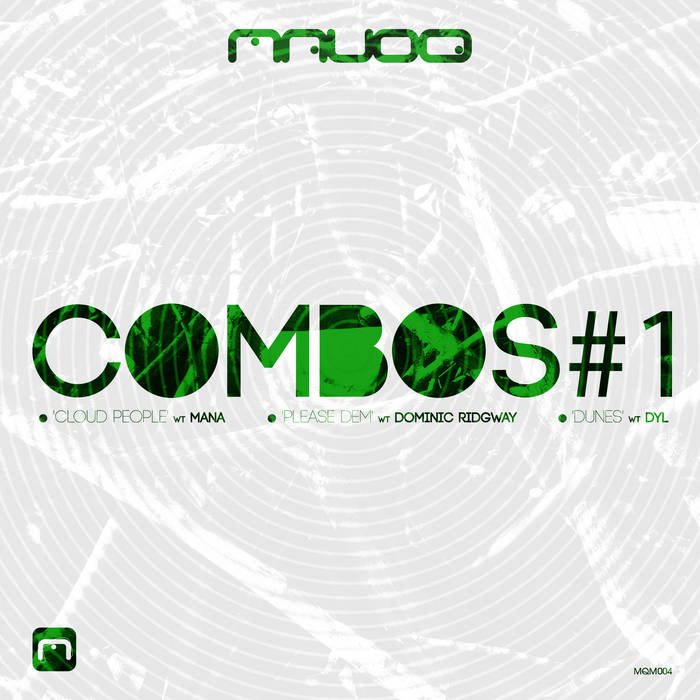 The fourth Mauoq Music release sees the introduction to the label of collaboration works. Three dub-minded artists join forces with Mauoq to create three deep and atmospheric tracks that are sonically quite different from each other, but at the same time share a very similar dub character. The first edition of ‘Combos’ gets off to a moody start with ‘CLOUD PEOPLE’, a dark piece with Polish multi-instrumental musician and producer Mana (with previous releases on Absys and Syncopathic under the name of Rawst) bringing a few emotive vocal
chanting loops and lovely sonic elements to the table where Mauoq locks it all down to work smoothly with his flickering percussion phrases and a thumping half time kick/sub pattern. The second combination goes under the name ‘PLEASE DEM’, a track created with soundscapes wizard Dominic Ridgway (past releases include Diffrent, MJazz and Tribe 12 to name just a few) which pleasantly combines head nodding rhythmic section, also progressing to include a few jungle breaks snippets in the second part, with the space dub atmospheres the south London producer is well renowned for. Closing things off it ‘s a smooth downtempo piece named ‘DUNES ’ and carefully put together alongside experimental Romanian producer Dyl (past releases including Rawganics, Dubkraft and Nord Label among many others) who is usually appreciated for his minimal deepness and layered darkness, but in this occasion he brought to the game a gorgeous yet unexpected melodic structure which called for a simple and punchy beat to make this the perfect wrap-up to a fine display of combined musical artistry.