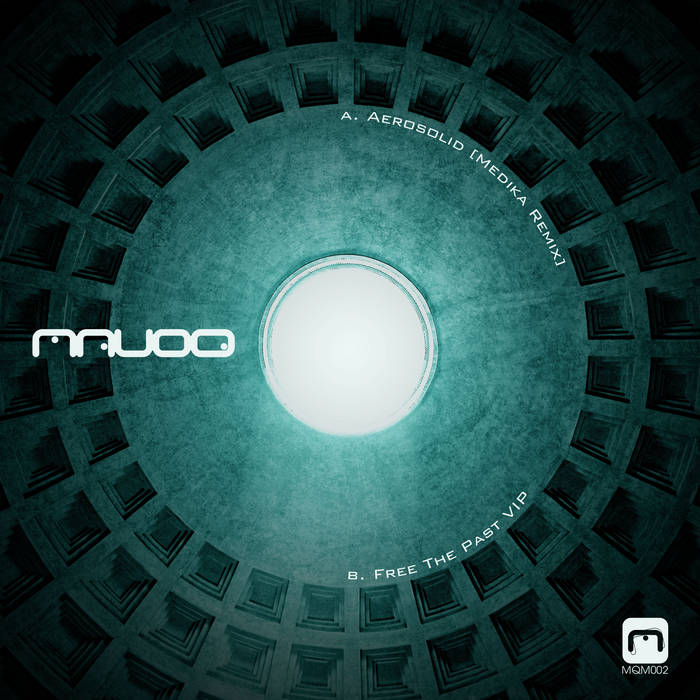 After 4 years of stillness since its first release, Mauoq Music returns to life, though it very much feels like more of a proper first launch as the label back then was just a name needed by a distributor to release Mauoq’s first ever single ‘Aerosolid / Free The Past’, before he moved on to release on various other labels including Absys Records, Diffrent Music and Dispatch Recording, both as a single artist and as a collaborator.
Mauoq Music’s 2015 rebirth holds true to it’s original purpose, but returns as a strong and active personal distribu- tion channel for Mauoq’s musical output, as well as remixes by likeminded talents. And that’s exactly where this second release kicks off; bridging this time gap by offering fresh new reworks of both Aerosolid and Free The Past by Medika and Mauoq himself, respectively.
‘Aerosolid (Medika Remix)’ is a half step number with shimmery intro, lazy yet driving rhythmic section and spaced out bass tones warming you up at regular intervals throughout the track. Medika’s touch comes mainly in the form of the cinematic breakdown half-way throughout the piece, almost epic despite its minimalism. The underlying and far away little note barely audible at the beginning, now takes centre stage and turns into a moody and airy melody, growing steadily before fading away into an ever thumping second drop where deep effective basics come back, leaving no room for aesthetics.
‘Free The Past V.I.P.’ goes even deeper. Only snippets of the original vocals are left in this stripped down version, that sets off with a insistent pattern of round and powerful kicks, which later effortlessly merge with the groovy hats part that kicks in when the one-noter sub drops. All flavoured with much loved growling mid-bass stabs and the right amount of time-based effect on pretty much all other noises.
This release is a remarkable statement of what to expect from Mauoq Music in 2015. Schedule is busy, watch out!