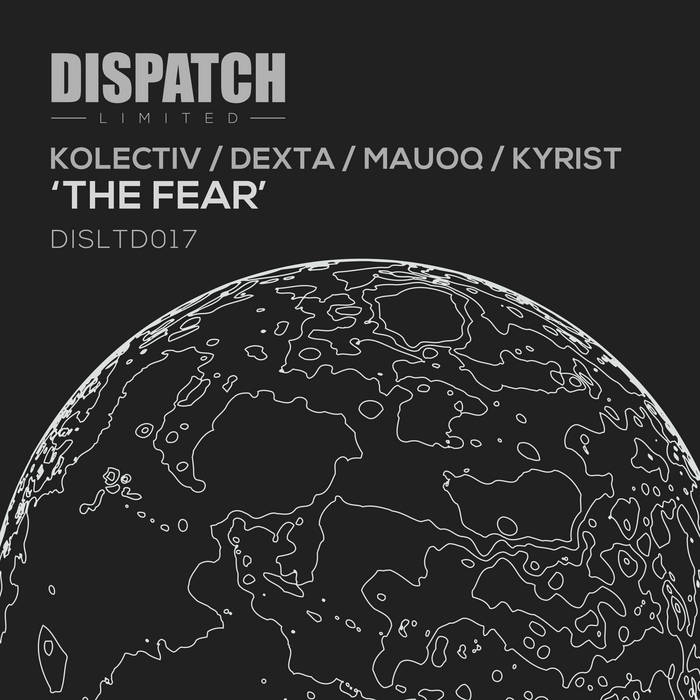 The ever-maturing Dispatch LTD reaches its 17th release, as an exciting wave of fresh talent continues to burgeon. This time round, Hyroglifics makes his first appearance on the label with the Kolectiv trio joining him, returning to Dispatch after their recent “Roots EP”.

Hyroglifics sets things off with an absolute monster in “Terra”. Exclusively aired on Friction’s BBC Radio 1 show, the impact is immediate; a post-apocalyptic standoff between extra-terrestrial nemeses; whilst wild and erratic, it remains precise and powerful throughout.

Linking with Kolectiv for a more sinister outing, Hyroglifics returns with “Tize”. Teasing early on with Konflict-esque flickers of homage that become a defining theme throughout the track, the drop reveals an unrelenting low-end workout, with sudden changes of pace keeping the flow interesting until the track draws to a close.
Wrapping things up with a chilling finale, pure evil encapsulates the listener from all corners in “The Fear”; a tempestuous beast slurs and growls maliciously. Fellow collaborators Dexta & Mauoq join Kolectiv on this one, as well as Kyrist, who we welcome for her Dispatch LTD debut.